Grays Harbor College Esports, a program that started in Fall of 2020, announces three teams and two individuals qualifying to compete in the national playoffs for the spring 2021 season. The National Junior College Athletics Association Esports National Championship is a seeded, single elimination bracket for all games. The tournament starts Monday, April 19 and ends Sunday, May 2nd.

Bode Knodel and Jonathan Lang, both varsity Super Smash Bros Ultimate players, qualified for playoffs this season. Knodel is a freshman, and mains Captain Falcon and Byleth. He finished the season 6-3, and is the #61 seed,  Knodel faces off against Hinds Community College from Raymond, Mississippi on Tuesday at 2pm.

Jonathan Lang is also a freshman, and mains Samus. Lang has been training with Arturo Cardenas, who plays professionally as CE I Joker, and is one of the top five Samus mains worldwide. Lang finished his season 7-2, and is the #50 seed. Lang faces Gogebic Community College from Ironwood, Michigan, on Tuesday at 2:30 pm.

Grays Harbor College Esports Valorant team also qualified for national playoffs this season, with a dramatic improvement from the previous season. Since fall, they have been coached by pro player Piotr Chodola from Warsaw, Poland. “We worked really hard this season on both defense and offense,” according to player Gavin Timmons. “We played super positively, and we’ve just been having a good time with it.” The team finished #8 nationally, including besting local rivals Centralia College earlier in the season with an outstanding 13-6 game. They play John Wood Community College from Quincy, Illinois on Friday at 4pm.

Fortnite player Max Kangas-Hanes also qualified for playoffs. Kangas-Hanes is a Running Start student, and has been playing Fortnite competitively since last year. This season his focus was on building and close-quarters combat.

The fourth team from Grays Harbor College to qualify for national playoffs was the Rocket League team. The team finished #6 nationally, but was eliminated from playoffs by Chicago’s DePaul University earlier this month.

Grays Harbor College Esports retained broadcast rights for all qualifiers for the week of April 19th. All matches will be broadcast with live commentary on the Grays Harbor College Twitch channel at https://twitch.tv/ghcesports. GHC Esports has received national acclaim for high quality broadcasts, and was hand-picked in December of 2020 to broadcast the national championships for the NJCAAE. 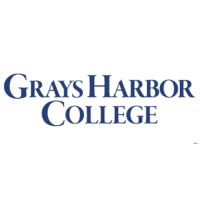