In Aberdeen at the corner of Wishkah and L Street. Additional branches in Raymond, Long Beach and Ocean Park

Membership is open to all who live, work or worship in Grays Harbor or Pacific Counties and their family members. Businesses with facilities located in either county are also eligible for membership.

''Great NorthWest Federal Credit Union provides a safe and sound comprehensive range of financial services to our family of members.'' 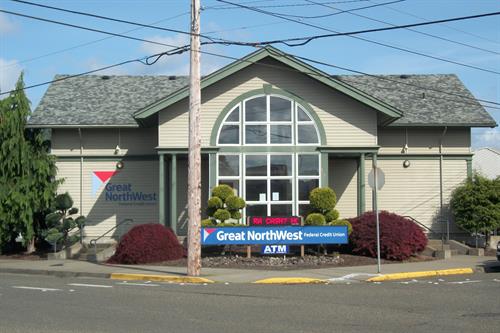